How to shoot a low-key bodyscape

When shooting a low-key photo, you're making sure that dark colors are dominant in your image. This causes the attention of the viewer to be directed to the few lighter parts and creates a powerful photo. Recently I shot a low-key bodyscape and I will tell you how you can do this too.

A bodyscape is a photo where the (almost) nude body or a part of the body is the subject of the image. The models pose and the framing of the image are important. Also you want to make sure there isn't much distracting the viewer from the body. This is where low-key lighting is very useful. 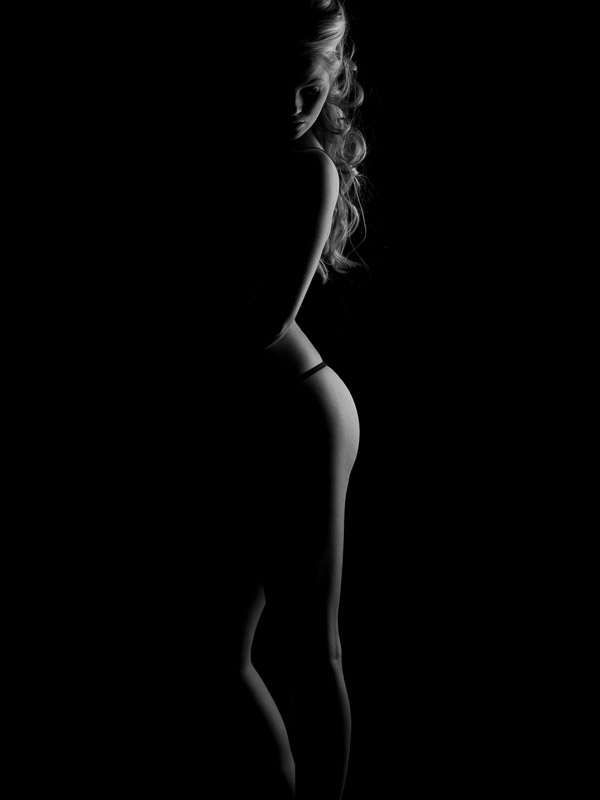 f/11, 1/125s, 100 ISO @ 150mm
The many black parts in the image above direct your attention to the lines and shapes that are visible. Your brain fills in much of the missing parts in this kind of images which is why the portrait still looks like a person instead of just a couple of lines.

Shooting this image isn't that hard. The setup is simple: a black background and one studio light with a stripped softbox. This is all you need for a photo like this.

I placed the studio light behind and to the right of model Marell and about a meter (3 feet) from the model. Below you can see the setup I used. 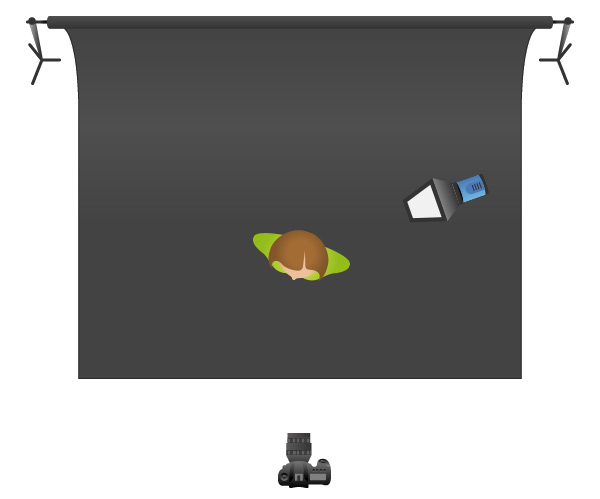 I used a Pentax 645Z and a 150mm lens, so in reality I was standing much further away from Marell than the image above indicates.

The stripped softbox ensures the lighting on Marell is the same from the top to the bottom. If you use a regular softbox you will get a less evenly lit bodyscape.

To find the pose that worked best I let Marell slowly turn around a full 360 degrees. This allowed me the shoot several photos and check what worked best. And of course we tried several other different poses with the same lighting so I could select the best image after the shoot.

In the original image there was still some detail shown on the 'dark side' of Marells body. By upping the shadows and blacks in Lightroom I created this look.

Also I used a adjustment brush to darken the dark parts. The softbox was visible in the original image and was removed with the adjustment brush. I used the spot removal tool to remove some minor blemishes on the models skin.

Elja has a passion for portrait photography. He is the author of a book on black and white photography and owner of Photofacts.nl, the largest Dutch blog about photography. You can follow him and his work on Instagram.

Be the first to leave your thoughts.

Show all articles about Studio
home

Weekly portrait tips in your mailbox for free.
More info. Or keep informed via or

Find out how to improve your kids photography with our free ebook. You will also recieve weekly portrait photography tips.

No thanks, I'm already an excellent child photographer

Don't miss out on our free ebook!

Get our ebook 25 Tips for Photographing Kids for free. You'll also get our weekly portrait photography tips by mail.